Old Strategy, New Tactics: The Corruption Formula, an Overview, Look at Case Studies, and Call to Action (Part 3 of 3) 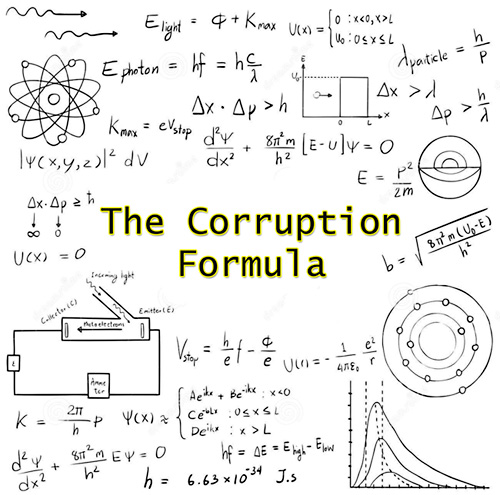 [Disclaimer:  This is the third part of a 3 part blog post series (part 1 is here and part 2 is here). Here we begin with a visual overview of the Corruption Formula we have previously presented and then illustrate this formula in practice with 4 diverse case studies: Indonesia, Egypt, Nigeria, and Afghanistan. We then offer our own humble suggestions for what you the reader can do to call attention to this issue.


Given the nature of the topic and vast amounts of information available on it, we've tried to condense some of the most pertinent and relevant information to help you the reader to better see and understand our perspective on it. Please take the time to go through all of the links, as well as videos and references. As always, comments, criticisms, suggestions, and questions are most welcome.
What we are putting forward and the whole purpose of this blogpost series, is to show that the US came up with a new method of colonization.  A new formula if you will, whose end result is similar to old school colonization, but without the mad scramble and direct confrontation among world powers. Thus, since the end of WWII, the US (as well as other colonial powers) has been practicing and applying this new formula to secure third world resources, strategic interests, and extend their global influence and power.

Now that we've helped define the history and elements of this formula as well as instruments and institutions that allow this formula to be made functional, we will proceed to illustrate how this formula actually operates in practice, by looking at 4 case studies: Indonesia, Egypt, Nigeria, and Afghanistan. We then will give recommendations with what you the reader can do and how you can get active on this issue.

But first a visual overview summarizing the formula discussed to this point:

Thus far, all of our writing has solely focused on the United States. This is because the US is the architect and leader of this new form of colonization. To be fair, all wealthy colonizing countries today are operating and implementing this new formula. For example, the United Kingdom has its own intelligence service, it funds and and uses the services of the IMF, it provides countries with foreign aid, it has it's own multinational companies that go abroad and extract wealth, and London (before Brexit) is considered the financial capital of Europe as well as one of the biggest tax havens in the world today.

Let's look at some case studies to see just how the corruption formula above is made operational.

To really feel the impact of this 'formula', we must look at some examples.

Exa: #1: Indonesia - Over a million-dead due to the formula 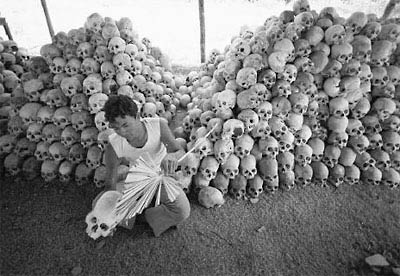 "Indonesia under Suharto would offer up what Richard Nixon had called "the richest hoard of natural resources, the greatest prize in south-east Asia". In November 1967, the greatest prize was handed out at a remarkable three-day conference sponsored by the Time-Life Corporation in Geneva. Led by David Rockefeller, all the corporate giants were represented: the major oil companies and banks, General Motors, Imperial Chemical Industries, British American Tobacco, Siemens, US Steel and many others. Across the table sat Suharto's US-trained economists who agreed to the corporate takeover of their country, sector by sector. The Freeport company got a mountain of copper in West Papua. A US/European consortium got the nickel. The giant Alcoa company got the biggest slice of Indonesia's bauxite. American, Japanese and French companies got the tropical forests of Sumatra. When the plunder was complete, President Lyndon Johnson sent his congratulations on "a magnificent story of opportunity seen and promise awakened". Thirty years later, with the genocide in East Timor also complete, the World Bank described the Suharto dictatorship as a "model pupil". [38] 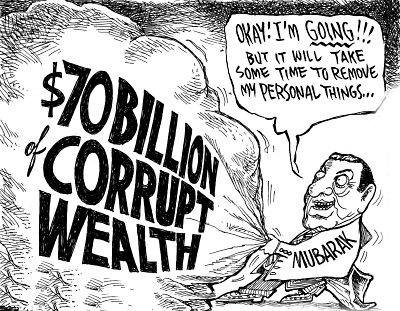 Exa: #3:  Nigeria - The curse of too many resources 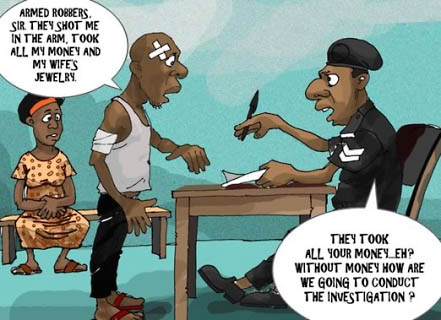 The reason we choose Afghanistan as one of our examples, is because it's a very fresh example. The US invasion of Afghanistan was only in October 2001 and the first president (Hamid Karzai) didn't take power until 2002.  In other words, this US installed 'government' is still relativity new, and unlike our previous examples or other parts of the world like South America, they haven't had decades to cement and perfect their corruption yet.  So, essentially we are getting a bird's eye view of how these types of governments are built from the ground up. 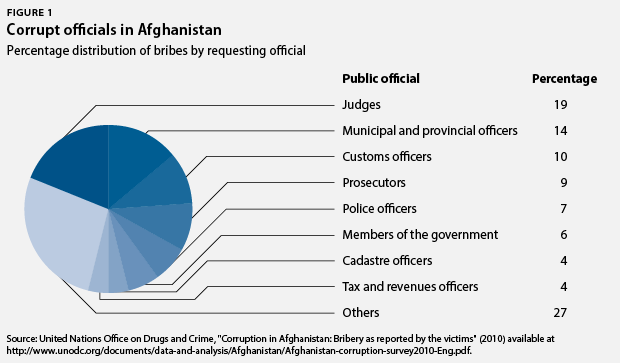 Exa: #5:  Similarities Across all 'corrupt governments'

"One in every three adults had paid a bribe in return for an ostensibly free public service.  One in three had paid at a court. One in four to a police officer. One in five reported doing so to a higher authority, but of them, almost half said they feared retaliation.”  The report goes on to say that “the persistence of corruption and bribery in the region is a testament to its history of repressive governments, often installed by foreign powers, which were more concerned with maintaining power and stability than creating structures of legal accountability” [62] 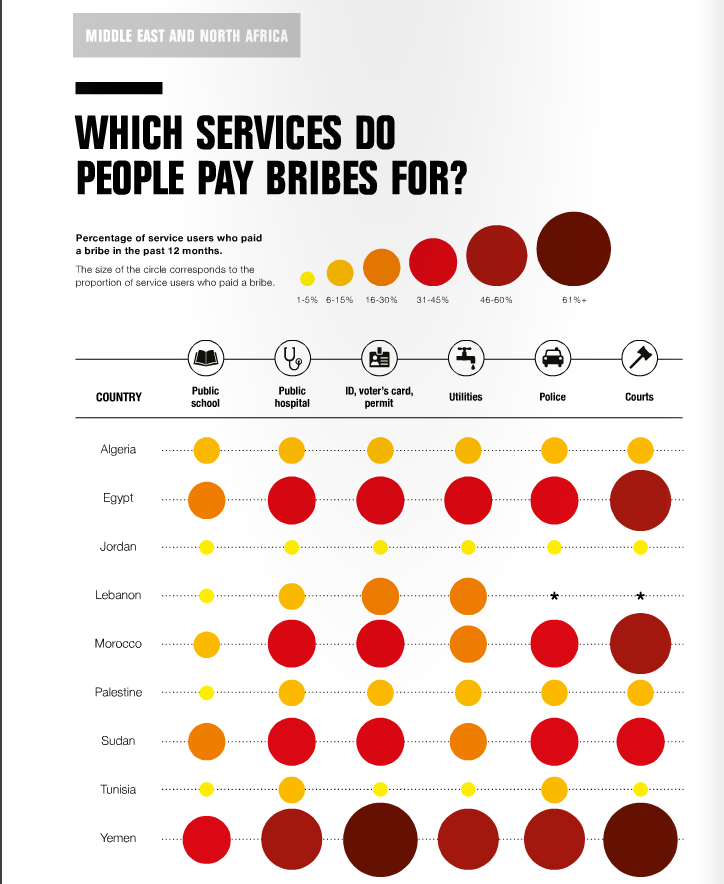 In the past, Western European countries would get the resources they desired by directly invading, conquering, and ruling a weaker area (old school colonization).  The result was always the destruction of the local culture, deaths of thousands upon thousands of people, and the ruling invaders would take everything they wanted.
Unfortunately, today the story is not very different.  Powerful countries use their enormous wealth, influence, intelligence, and military superiority to “intervene” (instead of invade) into the affairs of a weaker countries that are rich in the resources they desire and indirectly sway the country by proxy (new school colonization).  The end result is similar: the local cultures are still in ruin and in some cases worse off because now that they’re being bombarded by more corrosive ideas such as nationalism, liberalism, feminism, etc..  Thousands upon thousands of deaths still occur, and the powerful country that sponsors this method just “buys” (instead of takes) anything they want.
The US has given the world many amazing things; unbelievable achievements in science, media, and technology just to name a few.  But instead of using the tremendous competitive advantage they gained post World War II to rid the world of oppressive and unnecessary colonial practices, the US just re-wrote the formula that all powers now use (in their favor of course).

We here at iSiyasah.com don’t claim to have all the answers, on the other hand we do believe that Muslims (along with all others interested on this issue) are in dire need of at least small intellectual steps towards revival.  For starters we would humbly propose the following: 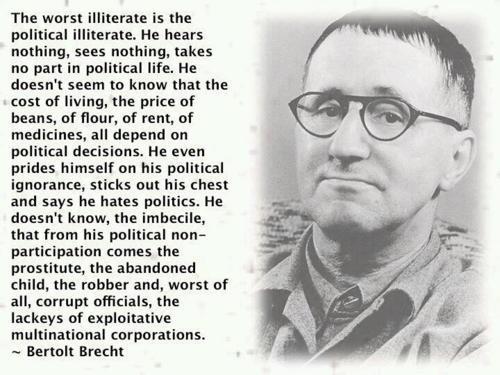 Education/Political Literacy:  As the saying goes, “it’s better to know than to not know.” The main objective of this analysis was knowledge.  The more we know about our history, the more we study our Islamic literature, the more we keep up with current news events, only then can any of this knowledge lead to positive intellectual revival.

-Delegitimize Ruling Cliques:  Clarify to people that the leadership in these countries is not politically legitimate. Knowing what we now know about the elites that oversee these Muslim majority countries (i.e. Yemen, Saudi Arabia, Uzbekistan, etc.) we all need to mentally detach ourselves from these people.  The essential point here is that, they are not 'our' leaders, they just happened to be the viceroys and gangsters put in charge now. This means that when they speak, we know it’s nonsense, when they organize their fake rallies in their favor, we don’t attend, when one of their “representatives” visits our areas, we don’t honor them, but rather call out their corruption and their role in corrupt systems of governance and exploitation. 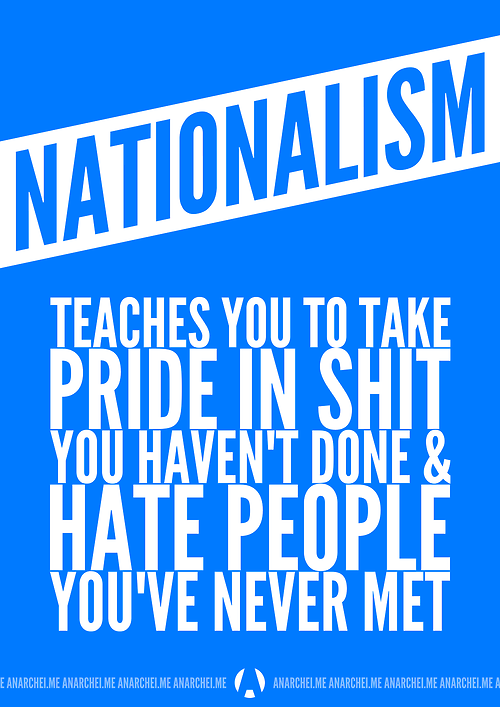 -Defang Nationalism:  This is a big topic in and of itself, but if you really strip it down to its core, the poison that is nationalism is not that complicated.  Think about it.  If we mentally reject the people that were put in power by this corruption formula, then by extension we must mentally reject everything they stand for and stand on.  Which means we don’t fly or represent the flags that they’ve given to us, we shouldn’t sing their patriotic national anthems, and we should abstain from proudly labelling ourselves x, y, or z.  These labels and flags were designed to separate us; you know the old political proverb…divide and conquer. 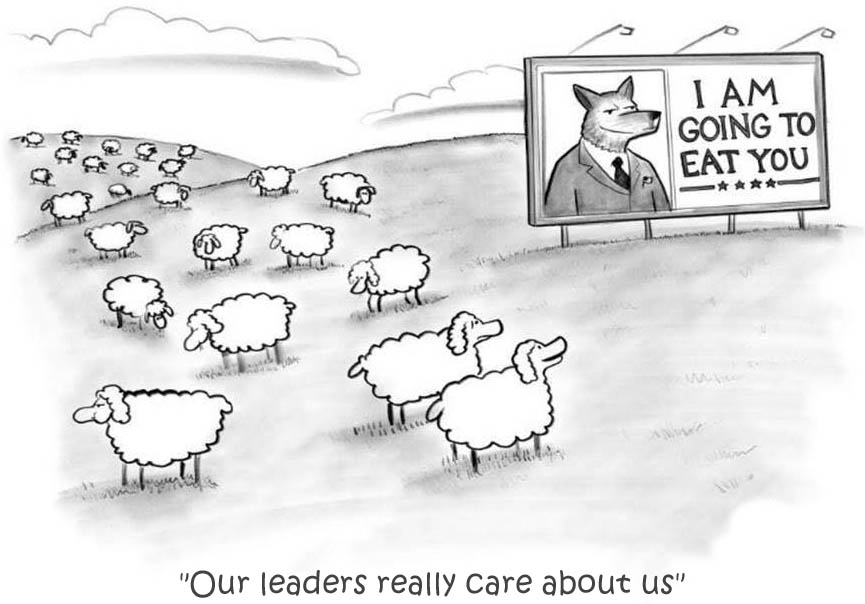 -Suspend Naivety:  Collectively Muslims need to get smarter about how the world actually works.  For instance, next time you hear the slogans that the United States is the “beacon of hope for the world”, you should question this publicly with others.  Or when you read the word “foreign aid” in the news, you must ask yourself and try to investigate as to what strings are attached or deals are going to be made for that aid? Don’t simply accept half truths and learn to look deeper behind slogans. 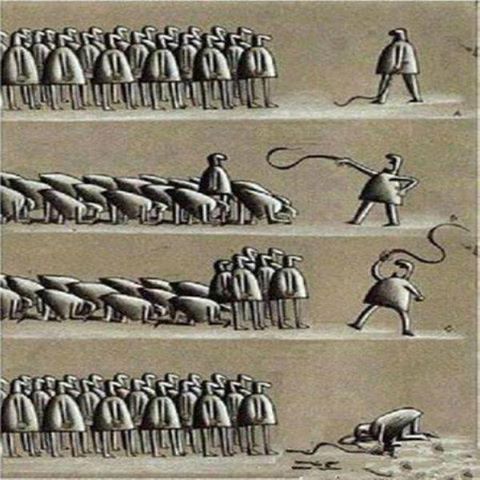 -Interaction: These corrupt governments and their donors depend on our constant state of ignorance to keep the formula in operation so as to keep the money flowing. Therefore, at the very least try to raise and spread awareness among your circle of family, friends, neighbors, and colleagues.  Share this analysis and make it a point of discussion to try to get people to see that corruption is not simply an individual failing but is an entire profitable group enterprise, one that relies on fear and ignorance of its existence to keep going.  With increased knowledge and awareness try to make people realize that another world outside of this systematic corruption is possible.