Understanding How & Why Imran Khan was Removed from Power

Pakistan, Imran Khan, PTI, and his Removal from Power

Pakistan Prime Minister Imran Khan was ousted from office in a no-confidence vote in parliament in the early hours of Sunday 10th of April 2022 after three years and seven months in power.

How and Why did this occur? What lessons does this give to observers of events in this area?

Pakistan is a nation of more than 220 million people lies between Afghanistan to the west, China to the northeast and India to the east, making it of vital strategic importance.

Since coming to power in 2018, Imran Khan and his government were governing from a very narrow majority.

How Did this Come About? 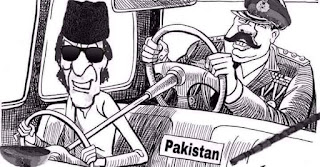 1. Fundamentally it was the Pakistani military that created Imran Khan, PTI, and helped bring Imran Khan to power. This was best described by a reporter from the Asia Times, Syed Saleem Shahzad (who was later killed) here: 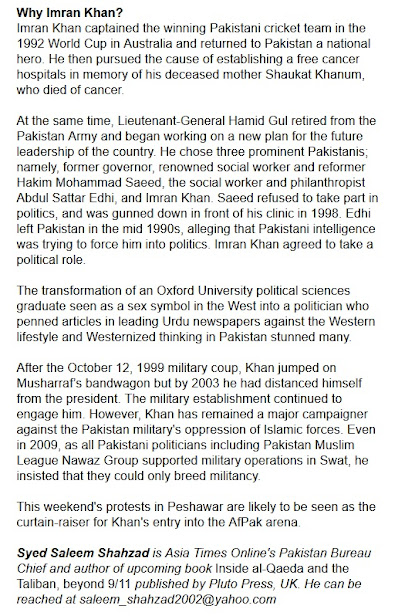 2. Contrary to popular myth, Imran Khan did not come to change the system but to recycle old Musharraf types aka "electables" that helped him get to power. He himself admitted as much in an interview here:

3. Imran Khan's support base is mainly the Pakistani middle class, whereas the other parties (PPP/Bhuttos and PML/Sharifs) cater to rural or industrial sectors of the economy, put another way:
"The PTI, much like the PPP, is a child of social change. According to Philip E Jones, author of The Pakistan People’s Party: Rise to Power, the “rise of the PPP should be seen contextually in the emergence of ‘participant society’ in Punjab. The growth of cities, rural to urban migration, rural population growth and economic stress in traditional villages, the spread of literacy, the growing complexity of society and the economy, the emergence of new social and economic interest groups, the impact of the September War with India in 1965, were all forces that affected political and social identities, undermined parochial ties, and forged new loyalties to a political party, namely PPP.”
While the PPP has its roots in the age of socialism, the PTI was born in the lap of the new liberal capitalism; while ideologies ruled the 1960s and the 1970s, identity politics is the fuel of politics in the 2000s. The growth in the economy has created new wealth and widened the base of the well-off urban middle class. These sections of society want to assert themselves in the power arena and want a better deal for themselves.
The PTI also became the most powerful front for the inter-elite struggle that started with the founding of the country. Pakistan’s power salariat, whose members belong to the middle class at least until they retire, has always sought to upstage the traditional political elite.
Many of Khan’s colleagues, like Khan himself, are children of government servants who, through their hard work, dedication and ambition, made it possible for their children to become businessmen and politicians. The growth in the middle class and the power of ultra-rich crony capitalists had made it possible to finally challenge the political elite to the duel as envisaged by General Gul."
also...
"While external factors might be important for electoral victories, Khan’s charisma played a pivotal role in the PTI’s rise in politics. His charisma is based on his physical appeal and his sports achievements, tied to his physical attraction. Other factors, such as his contribution to philanthropy in the form of the Shaukat Khanum Hospital, and his reputation as an honest and upright person, also help.
Interestingly, the generation that hailed Khan as a cricketing hero did not vote for him. It was the generation that was born AFTER his World Cup win who found a great political messiah in him."
Source: Dawn, 10th April 2022
4. Imran's removal has very little to do with just his trip to Russia, (India also openly supports Russia but there has been no change in power there) see here for evidence.
Rather, Imran's removal from power had everything to do with maintaining the Pakistani military's interests in economics, foreign affairs, and its own internal affairs, all of which Imran was putting in jeapardy (see below).
5. What Imran's failure (along with Morsi and Ikhwan ul Muslimoon's failure in Egypt) should cause sincere Muslims to reflect upon is the fact that "Islamic gradualism" is NOT very Islamic nor a method of political change recognized within the Sunnah of Islam. More on that is outlined by brother Abdullah Andalusi here.
Lastly, video posted here in Urdu with subtitles gives a very good account of the forces at work within Pakistan and how/why the removal from power was done
Posted by Br. Khidr at 2:50 PM